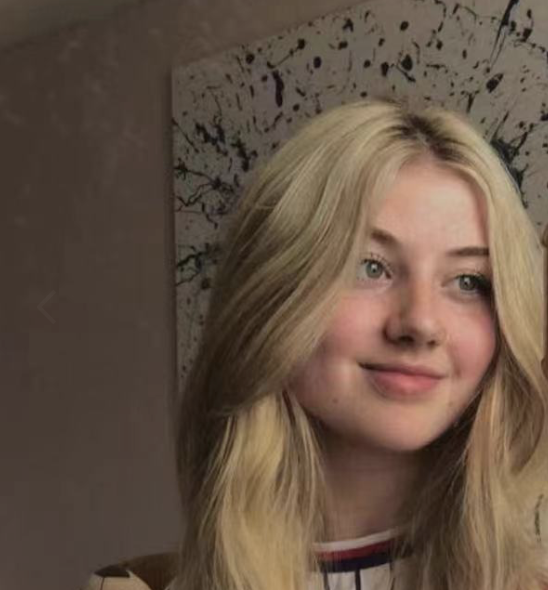 Should You Be Worried if Your Puppy Is Breathing Fast While Sleeping? 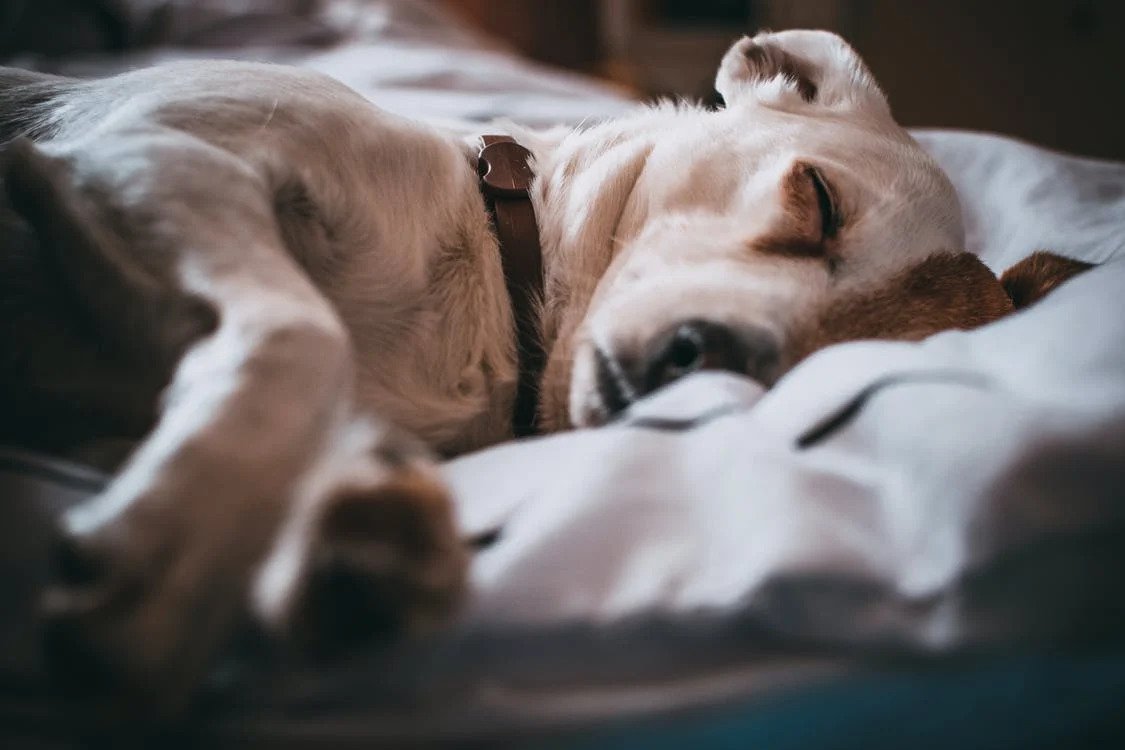 Watching their beloved pup sleeping is one of the sweetest things in the world for many owners. Our pups are gorgeous, but when they sleep, especially in a funny position, we just can not resist them. Looking after our paw friends during sleep is not only quite normal, but it can also be very helpful, as we can recognize any breathing issues that may be present.

What Breathing Rate in Puppies Is Considered Normal

Can You Determine Your Pup’s Breathing Rate During Sleep

Why Do Pups Breathe Fast

As mentioned above pups have higher breathing rates than adult dogs, which applies even more to hyper pups, who are eager to play and explore. In general, we could say that there are three types of reasons for faster breathing in pups:

1. Physical-related causes (they are quite normal, and you should not worry);

As the name implies the first group includes physical activities that naturally causes your pup’s breathing rate to increase, i.e. if your pup has played, it is normal for his/her breathing to be high.

Psychological causes might be related to stress triggers, that may cause anxiety and lead to increased breathing rate.

The third group includes underlying health conditions like heart failure, respiratory problems, Cushing's disease (a.k.a hyperadrenocorticism in dogs is a health problem characterized with overproduction of cortisol in the body), intoxication, side effects of medication...etc. In this case you need to consult a veterinarian as soon as possible. 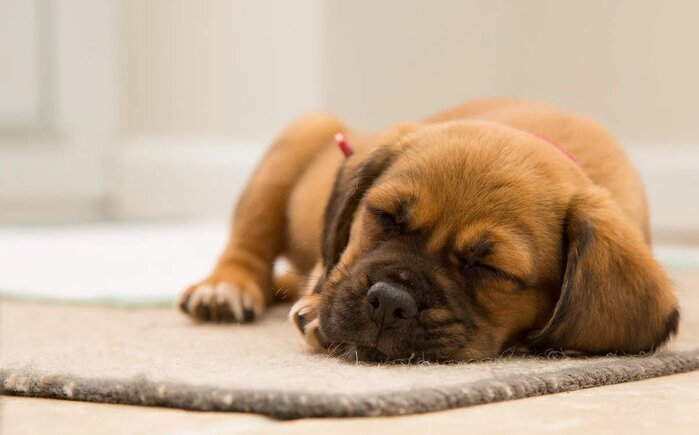 Your Pup Is Breathing Fast While Sleeping- When Not to Worry

Your Pup Cools Off

If your pup has run through the garden, played fetch with you, jumped on you, have spent a lot of time walking, digging, chasing animals…in other words, your pup has been very active through out the day, there is no wonder that he/she breathes fast, even when taking a nap. Through faster breathing your pup cools off and regulates his/her body temperature. However, if you think that your pup might have gotten overheated, you should bring him/her to a cooler area and provide him/her with fresh water. It is important that the area is not draughty as, as your puppy may get sick. You should always keep in mind that heatstroke is dangerous not only for humans, but also for dogs.

Your Pup Is in a REM Stage

Another possible reason for your pup to breathe rapidly during sleep is that he/she might be in a REM sleep stage. During this stage the eyes move fast (behind closed eyelids), the heart rate increases and the breathing gets irregular. Due to the fact that your pup’s lungs have not been fully developed yet, rapid breathing during sleep may occur.

When it comes to stressful factors-they can also cause your pup’s breathing rate during sleep to increase. However, from a medical point of view, there is nothing to worry about. Stress triggers can usually be a rapid environmental change, i.e. moving to a new home. Also, if you have recently gotten a new pet or welcomed a baby, this might have also led to worsening of your pup’s emotional state. Your pup might need a few days / weeks to get used to the change. Of course, you should help him/her get acquainted with these changes, by setting up a special area at home for him/her where he/she will feel safe and can play, eat and rest. Cuddly and soft items such a warm blanket as well as toys to keep him/her busy and distracted will also contribute to improving his/her mental health. Basic obedience training will also help your pup better deal with his/her stress-/anxiety-related issues.

Although psychological causes are usually harmless for your pup’s physical health, you should address these, as it can lead to a negative effect on his/her mental health in a long-term if not treated.

If you notice that your paw friend is breathing rapidly even when they are resting, or they are panting with a closed or not fully opened mouth, you should contact a veterinarian. Coughing, retching, wheezing (as well as producing other sounds),  having blue or pale gums, are other signs of underlying health conditions, that require a veterinarian check. 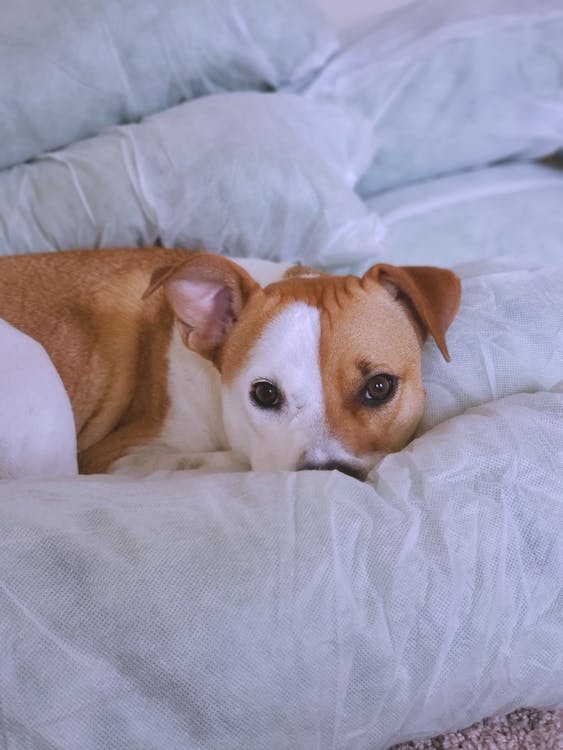 This is a health condition that affects the lower airways, resulting in inflammation and increased mucus production. This condition can cause permanent lung damage. Coughing occurs as a response of the body in order to help the airways clear the excess mucus.

Bronchitis can be acute and chronic. While acute bronchitis is usually caused by infection (viral or bacterial) and is a temporary condition, if its symptoms remain more than 2 months, it is deemed chronic.

The trachea is a part of the airway system, supported by cartilaginous rings that open to let air in and out. When these rings collapse (they lose their rigidity and/or strength and as a result they get flat) they cause the so-called tracheal collapse. This is a progressive disease, most common in toy breeds like the Pug, the Yorkshire Terrier, the Miniature and the Toy Poodle, the Chihuahua. If you think that your dog may suffer from this condition, you should monitor him/her closely as additional symptoms are usually present, i.e. vomiting, coughing, wheezing...etc. Tracheal collapse is perceived as an extension of chronic bronchitis.

The treatment of trachea problems may feature both medication and preventative care.

Dyspnea or the so-called shortness of breath is a condition that prevents the lungs from expanding. As a result, they can not get enough oxygen into the bloodstream which leads to breathing problems. You may hear your pup gasp and his/her gums may get blue, white, or pale. Additional signs that may suggest that your pup is having breathing problems are related to his/her body posture, i.e. he/she is trying to keep his/her neck outstretched.

Fast breathing can be a sign of congestive heart failure. This disease is characterized by fluids that build up in the dog’s body and put pressure on the lungs. Accompanying symptoms can be panting, experiencing fatigue, having difficulties breathing or breathing very rapidly, coughing, and having blue gums.

Medication to correct the heartbeat or prevent fluids from build-up may be prescribed. Also, surgery may be administered.

Other Reasons for Rapidly Breathing

If your dog is greedy, he/she may have swallowed non-edible items or human food, which is potentially dangerous for dogs. Certain types of food such as chocolate, garlic, onion, chives, macadamia nuts, avocado, xylitol, corn on the cob can be harmful for your paw friend. If you think that your dog may have eaten something toxic for him/her, you should call a veterinarian immediately. We always recommend that you keep human food which is potentially dangerous for your dog locked and always supervise your paw friend while outdoor.

Side Effects of Medication

Sedatives and pain relievers can lead to breathing problems in your paw friend. In most cases these medications do not lead to labored breathing (when used properly), however, if your dog has an allergic reaction, heart issues, anemia or internal bleeding, breathing problems may occur.